Media measurement and analytics company Comscore recently released data that showed 193.9 million people in the United States owned a smartphone in the three months ending in October of this year.

It should come as no surprise then that 2015 was the first year mobile traffic exceeded that of desktop users. This should be a wake-up call for small businesses. Their brand and content strategies need to focus not only on their community that uses mobile devices but on the mobile platform itself. Businesses need to keep in mind how people view and consume information on a smartphone or tablet when creating content to brand their products or services. What resonates and engages a brand’s community on a desktop computer often does not translate to a mobile device.

In an article written for Kissmetrics, author Sherice Jacob offers four mobile marketing trends to watch in 2016. One of the trends addresses apps. Jacob states that apps will become a reflection of a user’s lifestyle more than simply a digital feature.

“Expect apps in 2016 to become less about individual features and more about becoming an integral part of your life — a fitness journal that displays the weather before your run and reminds you when it’s time to get the kids,” Jacob writes. “Sound a bit far-fetched? Not to app developers.”

Not far-fetched at all. Consuming content is an integral part of a person's lifestyle, and a brand strategy needs to embrace this fact. Know what devices and apps resonate with the audience, but first know who uses them. For instance, the Pew Research Center reported that as of 2013, 59 percent of men owned a smartphone, 81 percent of the population between the ages of 25 and 34 owned one and 78 percent of the population with a household income of $75,000 possessed one. That percentage moved closer to 90 percent for adults 25- to 34-year-olds who make $75,000 or more.

From desktops to laptops to tablets and smartphones, we have witnessed a changing of the hardware that provides new ways to receive, consume, create and respond to information. Technology and information consumption habits are ephemeral. Content and brand strategies should be the same. 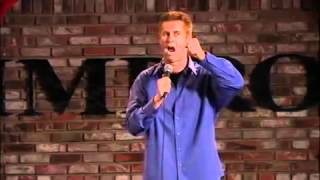 Want to connect with your community? Then listen to what it has to say

Want to build your brand? Then get personal

It's time for a change